Posted on October 8, 2018 by ACTheologian 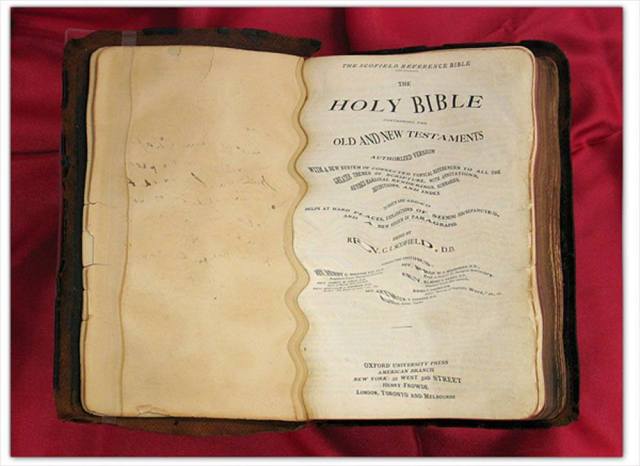 Andy Stanley is a very famous preacher in the seeker sensitive movement.  Recently he has taken some bad press for what some perceive to be an attack on the Old Testament.

In my opinion, I think he views the Old Testament as most Christians do the apocrypha or didache.  That is, a non-canonical source that contains some truth but isn’t the Word of God.  But then again, he has made some statements that walk this back so I’m not 100% sure if I’m getting him wrong or if he is deliberately attempting to obfuscate.

Either way I don’t agree with his statements.  I think we should trust that God will fulfill his promises and that his word doesn’t return void.  Preach the Word and stand aside as God does his work in it.  Don’t trip about having to explain Jonah or creation.  God has promised to give faith when his word is preached.  If their heart is hardened after rejecting the Word it’s not your fault.  If they need apologetics later that’s fine, but doing apologetics is preaching law and shouldn’t be confused with gospel.

As far as using old testament terminology is concerned, later in this post I am going to argue that if you don’t do this you turn the Bible into whatever you want it to say and it loses all objective authority on law.

In one of his more recent sermons though he decided to use Acts 15 as a means to “unhitch” the old testament from Christianity.  Those were his words, he chose to walk them back but he didn’t take them back either.  I encourage you read both articles.  My understanding is that he views the laws given in Acts 15 as a prescriptive and descriptive lock stock and barrel replacement of the old testament. 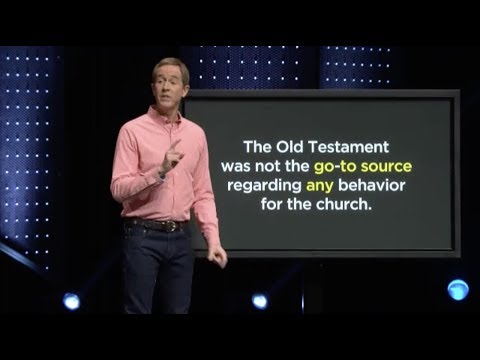 The first thing I would want to point out is that Paul held a high regard for the Old Testament.  When he wrote the passage below he would have certainly had old testament scriptures in mind.

“16 All Scripture is breathed out by God and profitable for teaching, for reproof, for correction, and for training in righteousness 2 Tim 3:16 ESV

Reproof? Correction? Instruction in righteousness?  That is an odd way of saying we should unhitch ourselves if you ask me.  If you read an older article I have HERE you will see that the apostles frequently cite old testament passages to prove that Jesus is the messiah.  If we are to unhitch ourselves wouldn’t that be an odd approach for proving Jesus is the messiah?  If realizing this was purely experiential why did they cite the old testament so much?

As with most things though, and to be fair, Andy Stanley isn’t 100% wrong.  There is a certain sense in which we don’t use Old Testament laws anymore.  The sabbath for example, and other such ceremonial laws, are stated by scripture to be obsolete.

“13 In speaking of a new covenant, he makes the first one obsolete. And what is becoming obsolete and growing old is ready to vanish away.” Heb 8:13 ESV

That said, we find many places in the new covenant where the apostles prescriptively teach laws that are also taught in the old covenant.  A good example of this is the commandment not to commit murder.

We can see that the apostles clearly teach after the cross that you shouldn’t commit murder. This is taught well into the new covenant after the cross.

Here’s the deal though, what’s murder???

Is murder simply killing like stepping on a spider?  Does it only apply to people?  Is capital punishment murder? Is it murder when a solider kills another human in a time of war?  Is abortion murder?  What is the Biblical definition of murder??

Though the apostles do condemn murder, they never define it on their own.  The definition comes from the Torah.  One can be reasonably certain those receiving the apostles letters had a copy of the Septuagint on account of the fact that the apostles quote it so frequently, and would have been familiar with it’s teachings and categories.

Also, one can reasonably assume that because the apostles quote the Septuagint frequently that they have knowledge of it too.  Thus when they cite sins like “murder” they would have intended old covenant categories and definitions of it.

It’s not enough to pull the meaning of a word from a modern dictionary, particularly when you are talking about writings that are 2000 years old.  You have to define the word by what the author intended.  Without using the old testament as a Go-To you can’t define murder at all.  Your interpretation of the apostles commands not to murder would be solely dependent on your own personal opinion.

Same issue with sexual immorality for example.  This one is a bit easier due to Jesus restrictions placed in Matt 19 but Lev 18 and others flesh the details out in ways that are particularly helpful today.  Andy Stanley even cites sexual immorality in his sermon on Act 15 and unsurprisingly leaves it soley up to personal interpretation.

In my opinion he is setting himself up for the big reveal on being pro LGBT at some point here in the future.  Time will prove me right or wrong on that.  But the approach that I see Andy Stanley using would be very expedient for embracing the “Gay Christian” movement promoted by Matthew Vines and others today.  If sexual immorality is only a matter of personal conscience then in every practical manner it’s whatever you say it is for you.

The correct way of understanding the Torah as obsolete is in a prescriptive sense.  My understanding of Andy Stanley is that he doesn’t want it to be used in a definitive sense either.  This approach is not Biblical.  The reason is because the apostles clearly use and cite the old testament frequently, and because if you don’t use it definitively the apostles teachings lose all clarity.  The new testament becomes completely open to interpretation and any teachings derived would be unfalsifiable.

“16 All Scripture is breathed out by God and profitable for teaching, for reproof, for correction, and for training in righteousness 2 Tim 3:16 ESV

How could you authoritatively reprove someone for choosing to murder if you can’t define the word?  How could you correct someone who has a false understanding?  How could you train someone if their interpretation is just as good as yours?  Paul’s teaching here in Timothy would simply be false if the Torah cannot be used in a definitive sense.

I understand that believing in creation or Jonah and the whale are not popular teachings to hold to these days.  I also don’t care.  We shouldn’t abandon scripture because people want to poke fun.  The faith God gives us is real and sufficient for believing things that we cannot presently prove to be true.

If someone won’t embrace Christianity because of Jonah it’s a faith issue not an intellectual one.  If we believe someone receives faith as a gift from God (Eph 2:8) when the Word of God is preached (Rom 10:17) then that should be our approach to addressing their obstacle.  If they need a little help with some apologetic argumentation for the sake of their intellect that’s fine too.

However, when you throw out the Word of God to replace the apologetic you remove the actual solution to the faith issue.  In the end, you won’t save the church doing that, you will just have a goat entertainment center.  Which in my estimation is what Any Stanley is selling.

I am a layman who blogs my Biblical studies. Enjoy, please read with an open Bible and do double check with your pastor.
View all posts by ACTheologian →
This entry was posted in Armchair Lounge, Heresy & Heterodoxy and tagged Messed up Church. Bookmark the permalink.