The Narcissism of Homosexuality 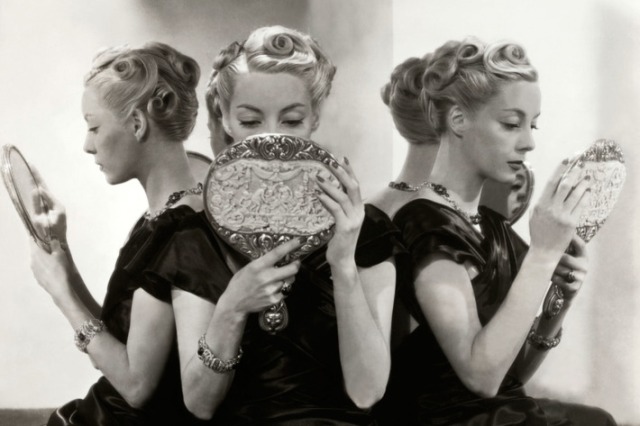 It is becoming more popular today to deny what the Bible teaches about this sin altogether.  Over the past two years we have seen many evangelical leaders flip on this issue in what appears to be an attempt to maintain their cultural relevance.  If you want to find an older post on that topic specifically please click HERE.

Today I am not going there, I am assuming you have already picked through that post or other material.  I want to dig a bit deeper into this topic.

What exactly is the sin of homosexuality when we look at it Biblically?

The concept of sexual orientation isn’t taught in the Bible at all.  It’s a modern term with it’s roots in psychology.  I’m not knocking the entire field, there is certainly value in it.  But one should be aware that it is one of the softer sciences and is based on a secular anthropology (study of man).  For example, original sin isn’t a concept that is interacted with in psychology.

I’m not denying the possibility of a biological or psychological component to sin. I’m just saying that the philosophical baggage that comes with the secular concept of sexual orientation isn’t a thing I feel the need to interact with.

In the clearest passages of scripture we don’t even see a concept of a heterosexual orientation.  Biblically speaking, sexual desire isn’t a definitive reason for getting married.

“And He answered and said, “Have you not read that He who created them from the beginning made them male and female, ‘and said, ‘for this reason a man shall leave his father and mother and be joined to his wife, and the two shall become one flesh‘?  Matthew 19:4-5 NASB

The reason Jesus gives is we were created male and female.  In an older post I presented that it is our job to either serve God as single men and women or get married and procreate.  Orientation doesn’t factor into this equation.

Why does created Male and Female matter?

Read the passage below, pay special attention to the correlation made between Adam’s helper and those of the creatures brought to him.

‘Then the Lord God said, “It is not good for the man to be alone; I will make him a helper suitable for him.” Out of the ground the Lord God formed every beast of the field and every bird of the sky, and brought them to the man to see what he would call them; and whatever the man called a living creature, that was its name. The man gave names to all the cattle, and to the birds of the sky, and to every beast of the field, but for Adam there was not found a helper suitable for him. So the Lord God caused a deep sleep to fall upon the man, and he slept; then He took one of his ribs and closed up the flesh at that place. The Lord God fashioned into a woman the rib which He had taken from the man, and brought her to the man. The man said, “This is now bone of my bones, And flesh of my flesh; She shall be called Woman, Because she was taken out of Man.” For this reason a man shall leave his father and his mother, and be joined to his wife; and they shall become one flesh. ‘ Genesis 2:18-24 NASB

I find it interesting that God wanted Adam to see at least some of the other creatures that were created before making Eve.  A natural order of male and female would have been obvious to him with the types of animals (birds and beasts) that are cited.  It would be reasonable for him to ask ‘who is here for me?’.  At the end we see the verse that Jesus was quoting too which takes us straight back to the creation narrative.

The word I want to zero in on is the one the NASB translates as “suitable” in verse 18 above. I’ll repost a few different versions below.

‘Then the Lord God said, “It is not good for the man to be alone; I will make him a helper suitable for him.” ‘ Genesis 2:18 NASB

‘Then the Lord God said, “It is not good that the man should be alone; I will make him a helper fit for him.” ‘ Genesis 2:18 ESV

‘And the Lord God said, It is not good that the man should be alone; I will make him an help meet for him. ‘ Genesis 2:18 KJV

The idea of ones soul being defined separately than their body is actually a gnostic concept.  Biblically mankind is a whole, body and soul.  That’s why death is so abhorrent to God’s original design.

Taking it one step further though, just as your body is male your soul is male.  Just as your body is female your soul is female.  To split the baby here and have a male body with a female soul requires a gnostic or secular anthropology under-girding your philosophy, not a Christian one.  To mix match the two worldviews for the conclusion you have predetermined is intellectually inconsistent at best.

That said, notice the scripture above teaches that men correspond to women.  We are “suitable” for each other.  We “fit” together.  This shouldn’t be a complicated concept but since our modern narcissistic culture has muddied the waters I’ll post a picture to make it simple.

Yeah that’s what I mean

Men and women fit quite well together, almost as if we were designed that way wouldn’t you say?  This basic aspect of our nature is the only way we survive generation to generation at a sustainable rate.  All I am saying is how we fit together physically is the same way we fit together spiritually.  It’s a corresponding image, one is not the same as the other but both men and women are made for each other.

With homosexuality you have a craving for a mirror image, not a corresponding one.  Instead of a lock and key you have a lock and lock or a key and key.  Such an arrangement no longer has any design or obvious functionality.  Simply stated, the command to “be fruitful and multiply” has no meaning to two men or to two women.  And that’s because it was never intended to.

Instead of desiring the corresponding image intended at creation for a purpose one is seeking a mirror image simply because they personally want it.  What am I saying?  I’m saying when you get lower to the root of what defines homosexuality as a sin, I believe it is the sin of narcissism.

This is particularly challenging for us to see today.  Narcissism is one of the chief virtues of our modern secular society.  Luther would have called this a theology of glory (yes I will be blogging on that later).

You do you bro

I had to do what was right for me

I am going to have to do this my way

I had to find myself

You’ve heard all that before.  Narcissism isn’t a sin in secular culture anymore, it’s a pagan sacrament of some kind.  I don’t know how that happened or when it happened but we are on the other side of that shift now.    The sin of homosexuality is simply another symptom of the same disease.  To those who argue that orientation is a spectrum I would respond that narcissism can certainly exist in a spectrum of severity with an array of accidents and attributes.

Does that mean some people are born narcissists???

How is that their fault???

Well the answer to the above is yes.  We are born dead in trespasses and sins, by nature children of wrath.

‘Among them we too all formerly lived in the lusts of our flesh, indulging the desires of the flesh and of the mind, and were by nature children of wrath, even as the rest. ‘ Ephesians 2:3 NASB

For more on this read the post on original sin

The point is that there is no way anything shakes down that it’s not your fault some how.  Even in your greatest moments of self sacrifice and philanthropy you’re still guilty of some measure of pride or false piety.

Even in the nature in which you are born you’re still guilty to the point that you justly deserve the wrath of God.  Saying that we are born narcissists is no different than saying we are born with original sin.

This blog has a fair number of readers now so I can’t just assume I have no gay audience.  So to address any of them let me say that even though all our sin goes back to adam it still ends at Christ.  He is the answer.  The answer is not you ultimately overcoming your sin or your desires.  Expect to wrestle with sin in all its forms your whole life.   Even in your greatest moments of failure know that Jesus died for you.  Even in your greatest moments of triumph over a particular sin know that you’re still a sinner and Jesus died for you.

I am a layman who blogs my Biblical studies. Enjoy, please read with an open Bible and do double check with your pastor.
View all posts by ACTheologian →
This entry was posted in Armchair Lounge, Law and tagged Homosexuality, Law. Bookmark the permalink.

6 Responses to The Narcissism of Homosexuality