The “Not one in Twenty” of Ellen White is too optimistic 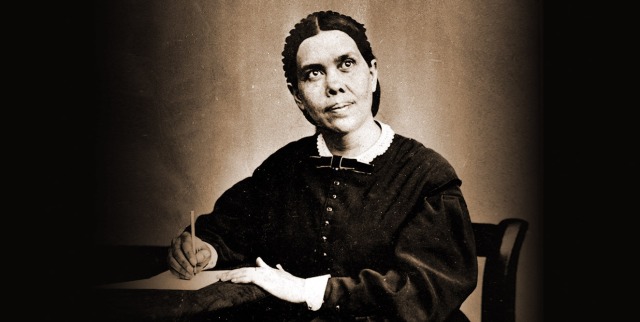 As I have demonstrated in older posts, the Sabbath was an old covenant law. Particular to a certain people, living in a specific geographic location, during a specific period of time. The old covenant Sabbaths pointed in type and shadow to the rest we have in Christ today.

A common thing debated amongst Adventist laity is whether or not it is permissible to cook meals for your family on the Sabbath.  This stems from the verse in Exodus that reads as follows;

“You shall kindle no fire in all your dwelling places on the Sabbath day.” Exo 35:3 ESV

Because of this many SDA cook their meals the day before, and then of course use their oven to heat them up on the Sabbath, that way they don’t have to light a fire in their dwelling.  Obviously this doesn’t actually avoid the problem of lighting a fire in their dwelling, but I digress.  The point is that this verse in Exodus was never meant to be read as speaking to modern kitchens and dining practices of the 21st century.  When you do so you end up with wonky anachronisms and contradictions.

Another example along these lines is the VCR. When that became mainstream SDA debated whether or not recording your favorite TV shows on the Sabbath to watch later was permissible. Should a VCR be considered a maidservant or manservant (Exodus 20:11)?  No matter what you do with the VCR issue, you’re gonna have to employ an anachronism and then draw a conclusion off of it foreign to the text of scripture. It’s silly, which is why SDA will quickly move on and try to forget things like VCRs we’re ever a controversy.

But here’s the thing. When it comes to Ellen White’s teachings you better get it right on this issue or you won’t be among the one in twenty.

“It is a solemn statement that I make to the church, that not one in twenty whose names are registered upon the church books are prepared to close their earthly history, and would be as verily without God and without hope in the world as the common sinner.”–ChS 41 (1893).

Combine that with her teachings on keeping the law perfectly by your own diligent effort in the end times and you have a receipt for disaster.

“Those who are living upon the earth when the intercession of Christ shall cease in the sanctuary above are to stand in the sight of a holy God without a mediator. Their robes must be spotless, their characters must be purified from sin by the blood of sprinkling. Through the grace of God and their own diligent effort they must be conquerors in the battle with evil. While the investigative judgment is going forward in heaven, while the sins of penitent believers are being removed from the sanctuary, there is to be a special work of purification, of putting away of sin, among God’s people upon earth.”  The Great Controversy, Pg. 425 Ellen White

So here’s the issue, you better be on the right side of the VCR debate if you expect to be saved in SDA teaching. It’s impossible to know if you are right or not either, as the Bible doesn’t address VCRs, so there will always be mystery as to whether or not you chose the right side.  The VCR isn’t the only thing like this either, there have been many controversies like these in my lifetime alone.

Can the VCR be used on the Sabbath?

Can you play Nintendo on the Sabbath?

Can you play sports on the Sabbath?

Can you swim on the Sabbath?

Can you drive far on the Sabbath?

Can you play Pokémon-Go on the Sabbath?

Can you accept a paycheck for working in a hospital on the Sabbath?

Those are just seven (7) controversies in Adventism off the top of my head.  Keep in mind, the scripture not only condemns sin, but it also condemns approving of those who do sin (Rom 1: 32).  So to meet Ellen White’s standard you have to stand on the right side of every controversy above, there is no neutral ground.  You can’t just play it safe and forbid all of them either, because if you do and get one wrong then you’re calling something good evil which is also a sin (Isaiah 5:20 ESV).

There have been far more controversies than this, but let’s run the math on just seven of them and see what our odds stack up like.  Each controversy is binary, let’s be gracious and assume every SDA has a 50/50 chance of standing on the right side of each issue.

That’s only a snapshot of one generation though, and it’s controversies off the top of my  head.  Let’s try to project a minimum of the number of such controversies that have existed in Adventism as new dilemmas or inventions have presented themselves.  This won’t be scientifically accurate of course, but it could give us a ball park figure.

Assuming that the average person lives three (3) generations long, and assuming that at least seven (7) controversies arise each generation, what are the odds of for someone standing on the right side of all of them?

Those are some pretty long odds!  That means with a fair understanding of Ellen Whites teachings each Adventist has less than a one in two million shot of going to heaven.  Maybe that’s what she meant by *not* one in twenty?  Let’s be clear, if keeping the law is how you plan on going to heaven then you will fail.  It’s a one way ticket to hell.  Ellen White is actually wrong, your odds of earning heaven are not one in twenty, or even one in two million.  Your odds are a big fat zero.

Yeah that’s right, no matter if your SDA or otherwise you don’t stand a chance at keeping the law perfectly.  And even if you somehow managed to pull it off you still got original sin against you.  The Bible is clear though, all have sinned.

“for all have sinned and fall short of the glory of God,” Rom 3:23 ESV

“and be found in him, not having a righteousness of my own that comes from the law, but that which comes through faith in Christ, the righteousness from God that depends on faith—” Phil 3:9 ESV

Ellen White is actually wrong on both law and gospel.  She presents a law that is tough but not tough enough.  It’s actually possible for man to fulfil her law, maybe with a little help from Jesus, or maybe even helping Jesus out a little bit.  But not a Biblical law where total perfection of thought word and deed is required (Matt 5:48).

She also presents a Gospel where mans efforts and works are essential, particularly during the end times.  It is also a hopeless ineffectual gospel that only saves “not one in twenty”, or as I calculated, less than one in two million.  The truth is her false gospel (Gal 1:8) doesn’t save anyone.  It only sends people to hell.  As I frequently say, trust in Jesus.  The Sabbath will not save or seal you, not even in the end times.

I am a layman who blogs my Biblical studies. Enjoy, please read with an open Bible and do double check with your pastor.
View all posts by ACTheologian →
This entry was posted in Ellen White, Leaving Adventism and tagged Ellen White, False Gospel, False Prophet. Bookmark the permalink.