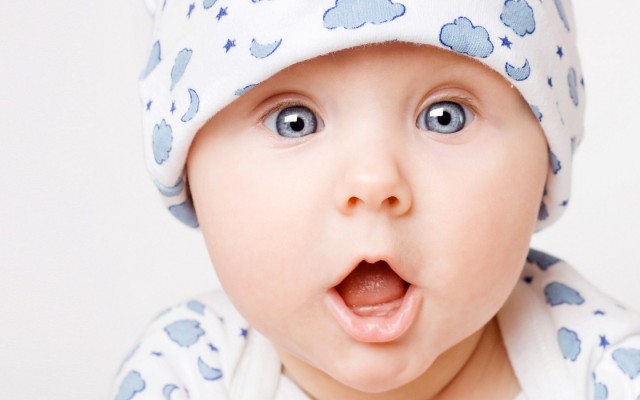 This verse is not only one of the more challenging ones due to a lack of clarity, but it is also one of the most commonly abused passages in the Bible.  Due to the former I intentionally do not derive any conclusions from it.  But for the sake of study I am going to attempt to present what I believe this passage is teaching.

As in times past I am going to present the passage, relevant commentary, and then after that I will weigh in with my own analysis.

“12 I do not permit a woman to teach or to exercise authority over a man; rather, she is to remain quiet. ; 13 For Adam was formed first, then Eve; ; 14 and Adam was not deceived, but the woman was deceived and became a transgressor. ; 15 Yet she will be saved through childbearing—if they continue in faith and love and holiness, with self-control.” 1 Tim 2:12-15 ESV

“In order, however, to guard against the idea as if the subordination of woman in any way reduces her right and her participation in the blessings of the Gospel, the apostle adds a word of comfort: But she will be saved through child-bearing, if they remain in faith and love and holiness with sobriety. “St. Paul, taking the common-sense view that child-bearing, rather than public teaching or the direction of affairs, is woman’s primary function, duty, privilege, and dignity, reminds Timothy and his readers that there was another aspect of the story in Genesis besides that of woman’s taking the initiative in transgression: the pains of childbirth were her sentence, yet in undergoing these she finds her salvation.” 6) Not, indeed, as though child-bearing were a means of earning salvation, but the home, the family, motherhood, is woman’s proper sphere of activity. Every normal woman should enter holy wedlock, become a mother, and rear her children, if God grants her the gift of babies of her own. That is woman’s highest calling; for this God has given her physical and mental gifts. Unless God Himself directs otherwise, a woman misses her purpose in life if she does not become a helpmeet of her husband and a mother of children. And this is true of all Christian women, if they perform all these works of their calling in faith in the Redeemer and in the consequent unselfish love, in the sanctification which seeks to make progress day by day. In this way they all exercise the moderation, the sobriety, the chaste watchfulness over all sinful lusts and desires, which effectually drives out lewd passion and makes all the members of the body instruments in the service of God.”  – Kretzmann Commentaries

“This verse has been misinterpreted to mean that any woman who bears a child is automatically saved by virtue of the childbearing. First Timothy 2:15 is the conclusion of Paul’s teaching concerning the roles of men and women in the church which he began in verse 11. It is a notoriously difficult verse with a myriad of potential interpretations. “But women will be saved through childbearing—if they continue in faith, love and holiness with propriety.” As always, the immediate context should serve in determining the precise meaning of a text. The preceding verse speaks of Eve’s deception at the Fall and the subsequent consequences.

In Genesis 3:16, God curses Eve with, “I will greatly increase your pains in childbearing; with pain you will give birth to children.” This may seem to indicate that Paul meant that women would be physically preserved through the pain of childbirth. However, the verb used here in 1 Timothy 2:15 (soqhsetai) always carries the meaning of spiritual salvation in Paul’s writings. Further, Christian women still experience pain in childbirth, and sometimes die as a result of the childbearing process. If physical deliverance is the meaning of verse 15, then that would indicate that Christian women who die in childbirth perhaps did not “continue in faith, love and holiness with propriety.”

A second option would be that women are spiritually saved through childbearing. This obviously cannot be the case, for it would contradict the consistent message of salvation by grace through faith in Christ (Ephesians 2:8–9). A third possibility is that the word “childbearing” (teknogonias) refers to the birth of Christ, potentially a link to Genesis 3:15 and the promise of a Seed to come through the woman. This is unlikely, considering Paul nowhere else refers to the birth of Christ in this manner. A reference to the incarnation seems dubious, considering the context and the subject at hand.

The most likely interpretation that takes into account the immediate context is that, rather than abandoning their intended roles by demanding teaching and authoritative positions in the church, women will find true fulfillment through childbearing. Paul is saying God calls women to be faithful, helpful wives, raising children to love and worship God and managing the household wisely (1 Timothy 5:14; Titus 2:3–5). While this view is not without its difficulties, it appears to harmonize best with the context and with the remainder of Scripture.” – GotQuestions

As he has done in the past, a friend of mine named Reese Currie offered his contribution to this passage that I find very helpful so I will include it with the commentary.

“I view this passage as being primarily about the different roles pastors and teachers and women play in spreading the word and the reason why. Of course you have women who want to contribute to the preaching, and perhaps then as now, some wanted to be pastors. Paul was explaining that the pastoral role is for men, but women contributed to the preaching of the Word by providing through childbirth not only the hearers but the Savior Himself.

One could also perhaps view it as Eve referent. The first prophecy of Christ in the Bible is at Genesis 3:15 speaking of “her seed.” Also she only received the name Eve (meaning, “Living”) after this prophecy, because she was the mother of all living. This is true not just in the physical sense but also spiritually, everyone living and “not dying” through salvation in Christ. But how could we ask “if” she would remain in the faith when she had died thousands of years before?

The early Greek manuscripts are all scripto continua to save writing material, no spaces or punctuation. In a strictly literal translation with the words not rearranged for our language, you have “Adam for first was molded thereafter Eve and Adam not seduced the yet woman being seduced in trangression has become shall be saved yet through the offspring-parenting if ever they should be remaining in belief and love and hallowing with sanity.” The “she” before “shall be saved” is not in the Greek.

It’s even harder to take hard lines on the interpretation of that text when you see it like that. This is where we need to opt for interpreting a difficult text through other things the Bible says more plainly. So, is it about Mary, or Eve (the person it seems to be about), or the roles that can be deduced from this passage? All three have Scriptural support. I imagine it means just one thing but there’s not too much harm in not knowing what it is precisely as long as we don’t read in something it *can’t* mean based on other passages. It can’t mean works salvation through the bearing of children. However, God gives children and one of those children, the only One born of only one human parent, a female, was the Saviour.”

What does it Mean?

Let’s take a look at the verse one more time and I will highlight the area that I think tends to get overlooked.

“12 I do not permit a woman to teach or to exercise authority over a man; rather, she is to remain quiet. ; 13 For Adam was formed first, then Eve; ; 14 and Adam was not deceived, but the woman was deceived and became a transgressor. ; 15 Yet she will be saved through childbearing—if they continue in faith and love and holiness, with self-control.” 1 Tim 2:12-15 ESV

I understand verse 12 as speaking to the Biblical Office of Pastor that Paul has been building up to for his exposition in the third chapter rather than a general admonition that applies to everything.  What is important in this passage though is this concept of salvation by Childbirth.  Does one have to have children to be saved?  What if a woman died in Childbirth? Does that mean she is going to hell?

Of course it doesn’t.  Paul presents Childbirth as something that comes from continuing in Faith.  Through Faith alone are sinners  Justified by God’s Grace.

As I presented in my post on Faith, it is something given to us by God which we should expect verbs to come from.  Verbs like belief, love, holiness, self control, and fulfilling one’s vocation in life.  For a woman, one of the blessings of her vocation is bearing children.  Obviously, that isn’t something a man can do.  Even in the verse in 1 Timothy Paul presents such verbs as coming from a root of Faith for it is the first thing he says they must continue in.

Both men and women continue in faith by receiving it from God as a gift.  This is something that I present in my post on Justification.  If you haven’t noticed, I mostly handle this verse hermeneutically.  There are other interpretations out there but this is the one that I believe is correct.

Many do try to argue that Paul is speaking of the birth of Christ, thus meaning the woman here would literally be Mary.  While I really do like that rendering I don’t think it fits very well in the context.  That said, since Paul draws each verb out of faith like petals flowing out of a stem of a flower we are left with a picture that leaves this passage consistent with sola-fide.

“10 For we are his workmanship, created in Christ Jesus for good works, which God prepared beforehand, that we should walk in them.” Eph 2:10 ESV

How do I think a woman today should read these passages?  I think they should understand it as God’s calling.  Be a good sister, wife, mother, friend, worker, etc.  There are plenty of other passages issuing a similar calling to men too.  That said, it’s important to distinguish fruit from root.  It is not the fruit of salvation that saves us, but faith.

I am a layman who blogs my Biblical studies. Enjoy, please read with an open Bible and do double check with your pastor.
View all posts by ACTheologian →
This entry was posted in Difficult Passages and tagged Law. Bookmark the permalink.

1 Response to Saved by Childbearing