Perseverance of the Saints

Posted on December 7, 2015 by ACTheologian 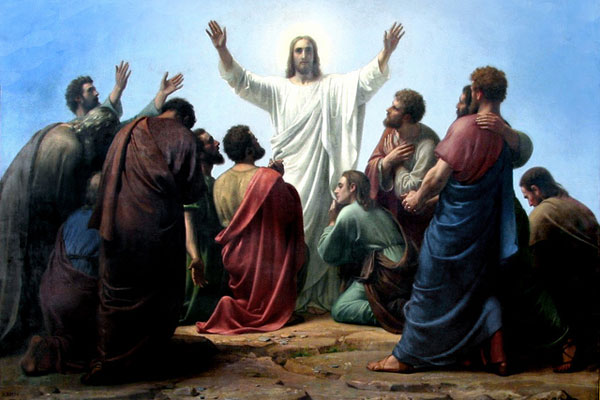 The purpose of this post is to answer a common question in Christianity since the reformation.

Can a true Christian fall away from the faith and ultimately be damned?

I will attempt to present both sides of this view fairly and then offer what the scriptures teach in response.

The doctrine I am addressing is called Perseverance of the Saints.  I realize that this belief goes by other names and that there are nuances that differ in each of them.  However the underlying principal is that once one is saved they can never fall away from the faith, and that if one does fall away that means they were never truly saved.  There was a brief period of time that I accepted this and it was due to the following passages.

“For I am persuaded, that neither death, nor life, nor angels, nor principalities, nor powers, nor things present, nor things to come, Nor height, nor depth, nor any other creature, shall be able to separate us from the love of God, which is in Christ Jesus our Lord.” Rom 8:38-39 KJV

“My sheep hear my voice, and I know them, and they follow me: And I give unto them eternal life; and they shall never perish, neither shall any man pluck them out of my hand.  My Father, which gave them me, is greater than all; and no man is able to pluck them out of my Father’s hand.” John 10:27-29 KJV

That said, it is not so simple as to just read these verses and ignore the rest of the Bible.  There are very clear passages that do indeed teach that one can fall away.  Most notably is the one found in Hebrews.

“For it is impossible for those who were once enlightened, and have tasted of the heavenly gift, and were made partakers of the Holy Ghost, And have tasted the good word of God, and the powers of the world to come, If they shall fall away, to renew them again unto repentance; seeing they crucify to themselves the Son of God afresh, and put him to an open shame.” Heb 6:4-6 KJV

Here is the problem with asserting “once saved always saved”.  The words in the above passage speak of these former Christians in the past tense.

This would mean that there was a time in which they were enlightened but now they are not.

This is saying that they did receive the word and even ingested it.

“were made partakers of the Holy Ghost”

At one point they were indwelt by the Holy Ghost but now they are not because “were made” is in the past tense.

This is the clearest of all as the words “fall away” are ascribed to those who were once partakers of the Holy Ghost.  If one was never a Christian and was always fallen how can they fall away from being fallen?  I think Hebrews is clear enough on its own but if you would like more passages on this topic to compare it to I have hyperlinked some below.

The problem is that most Christians today seem to pick one passage to abrogate the other with.  This approach to theology pits the Bible against itself.  The fact of the matter is that both teachings are true at the same time.

The question is not which of these are true, the question is how can they both be true at the same time?  Furthermore, it is a question that doesn’t need an answer.  One can simply accept both as true based on the clear scripture and confess that they don’t know how all the pieces fit together.  A sound philosophical explanation is nice but it is not required for everything.

How one attempts to answer that question will usually depend on the other things they believe.  If they are coming from a calvinist perspective they will usually attempt to abrogate thesis #2.  If one is coming from an Armenian perspective they will instead abrogate thesis #1.  To be completely honest this is one of the main reasons I rejected both of those schools of thought as I don’t find either embracing Sola Scriptura.  Instead each abrogates pieces of scripture with philosophy.

Rather than that I think we should use philosophy in a ministerial sense to reconcile both in a way that doesn’t conflict with any scripture.  In my studies I have found some who attempt to do this.  The best explanation that I have read is that we are the ones responsible for damning ourselves and that God is the one who does the saving.  Specifically, a Lutheran would look at (Rom 8:38-39) and ( John 10:27-29 ) as gospel passages speaking to those who are in Christ, the “saint nature” of man, and define them as his unfailing work toward us.  Conversely they would categorize (Heb 6:4-6) as a law passage in that it speaks to the “sinner nature” of man in cutting himself off from the unfailing Love of God.  I think that this explanation makes sense but it is something I will have to blog on in depth in the future as it lies outside of the scope of this post.

Below is a few short videos by a pastor who attempts to do this. If you don’t want to wait for me to blog on this topic I would recommend starting here.

I am a layman who blogs my Biblical studies. Enjoy, please read with an open Bible and do double check with your pastor.
View all posts by ACTheologian →
This entry was posted in Armchair Lounge, Soteriology and tagged Heb 6:4-6, Once Saved Always Saved, Perseverance of the Saints. Bookmark the permalink.

4 Responses to Perseverance of the Saints