“Carved in Letters on Stone”

Posted on November 9, 2014 by ACTheologian 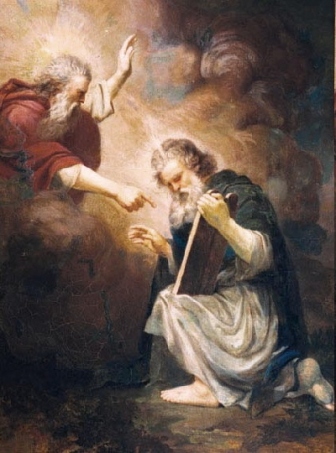 When I was SDA Matthew 5 was my prooftext in the New Testament.  If I have such a prooftext now that teaches the end of the Old Covenant and the beginning of the New it is 2 Corinthians Chapter 3.  This passage is very plain and self explanatory which is how a good proof-text should be.  My only advice is to read it carefully as Paul covers a lot of material in just 10 verses or so.

I am going to break this down verse by verse and then provide my analysis at the end.  If you want to read the passage through yourself before continuing please click HERE.

“Not that we are sufficient in ourselves to claim anything as coming from us, but our sufficiency is from God, who has made us sufficient to be ministers of a new covenant,…

A few good cross references for this passage are (Luke 22:20) (Heb 8:13) and (2 Cor 5:21).  Notice that the New Covenant begins at the Last Supper, and in doing so makes the Old Covenant obsolete.  Also the importance of sufficiency being from God cannot be ignored.  Read in conjunction with the passage in chapter 5 we are shown from the Word of God that it is Christ’s righteousness that is our sufficiency.

Notice above that two things are being juxtaposed against each other in this verse.  Clearly they are not the same thing.  In this passage:

one kills the other gives life

Now if the ministry of death, carved in letters on stone, came with such glory that the Israelites could not gaze at Moses’ face because of its glory, which was being brought to an end,

Above this juxtaposition continues and with it we see that the letter/ ministry of death is:

carved on letters of stone

was being brought to an end

Also notice that the word “was” is being used in the past tense.  So by the time that Paul is writing this we see that it has been fulfilled.

Again, we see the same juxtapositional motif of two things.  The letters of stone is not only stated to have less glory, but the glory which it once has has been laid to rest and surpassed as its glory is relegated to the past tense in the word”was”.  Not only is it rendered obsolete, but the new ministry of the Spirit is said to far exceed it in glory anyways.

Indeed, in this case, what once had glory has come to have no glory at all, because of the glory that surpasses it. For if what was being brought to an end came with glory, much more will what is permanent have glory.

Above it is pointed out that the lesser glory which contained the tablets of stone are brought to an end!  Logically, if one is to refer to law in a new covenant sense that would mean Exodus 20 is the last place we are to look.  It is not only referred to as less glorious, but it was brought to an end!

Since we have such a hope, we are very bold,  not like Moses, who would put a veil over his face so that the Israelites might not gaze at the outcome of what was being brought to an end.  But their minds were hardened. For to this day, when they read the old covenant, that same veil remains unlifted, because only through Christ is it taken away.” 2 Cor 3:5-14 ESV

And here lies the curse given in the text.  Every year the Jews would read the Torah aloud to everyone.  Here it is saying that if one seeks to remain in this Torah the veil remains over their heart.  Is this not evident among us today with those who seek to live under the Old Covenant?

SDA theology is predicated on the Ten Commandments being the immutable law of God.  I am not arguing for antinomianism.  I would also agree that the law of God is immutable.  But clearly their assertion that it is found in the Old Covenant Ten Commandments is false.  Instead we should turn to the New Covenant to find the Law.

If this is the first time you have come across this concept and you want to learn more I recommend that you skip ahead to a blog post I put together after this particular one was first published.  It is called the Law of Christ.  In that post I put together a simple yet comprehensive Biblical analysis outlining the “Law of Christ.  It is how we know today that murder is still wrong, but other laws such as animal sacrifices and Sabbaths are obsolete.  If you have always wanted a straight forward answer to that please click HERE.

I am a layman who blogs my Biblical studies. Enjoy, please read with an open Bible and do double check with your pastor.
View all posts by ACTheologian →
This entry was posted in Leaving Adventism, New Covenant and tagged Law, New Covenant. Bookmark the permalink.

4 Responses to “Carved in Letters on Stone”