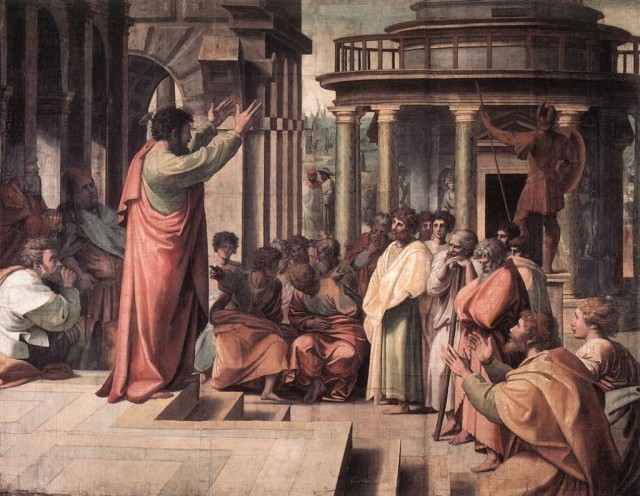 When I was a Seventh-Day Adventist I didn’t really have any good reasons for claiming the cause of the Protestant Reformation.  I suspect this is true for most SDA.  Instead I opposed the Pope based on how “catholicy” those Catholics are.  They have those funny hats, weird perpendicular x’s with Jesus on them, and a number of other things that used to put me off.  There were other reasons but that sums up the majority of them.

Today I would say that I cannot in good conscience commune with Rome due mostly to the Council of Trent.  If you are ever tempted in some way to take Papism for a spin all I ask is that you read the Canons and Decrees of Trent yourself first, if you can swallow that then you probably should become a Roman Catholic.  This post will address the Canon that I take the largest issue with.

“If any one shall say, that by faith alone the impious is justified;

so as to mean that nothing else is required to co-operate in order unto the obtaining the grace of justification, and that it is not in any respect necessary that he be prepared and disposed by the movement of his own will; let him be anathema.”

This really sums up why we have a Protestant Reformation.  You may have to read the above quote twice as it is clear they tried to obfuscate their meaning with verbosity.  The key to unlocking this is to understand that everything discussed in black above precedes red text.

Specifically, they are teaching that Good works in some manner precede faith in the ordo saludis (order of salvation).

Effectively this means that the Roman Catholic Church did in fact anathematize the actual Gospel of Jesus Christ with those words in Canon IX.  To demonstrate this I first have to present the passage where we get the word “anathema”.

The word “accursed” in the ESV is also translated at “anathema” in others.  The meaning amounts to the same no matter which version you prefer though.  In this passage above Paul demonstrates the primacy of the Gospel over everything.  Not even an apostle or an angel has the authority to change it.

Rome claims that they have apostolic authority passed to them from Peter.  Even if that were true, based on the text above they still do not have the power to change the gospel.  Paul is very clear that we are saved by Faith alone.

To prove my claim I need to demonstrate that good works come after faith rather than before it in the Ordo Saludis.

To start off I am going to demonstrate a clear juxtaposition in scripture with regards to good works and Justification.  If I can prove that we are justified by Faith and not by works then then would mean works at the very least do not precede faith.

“You are severed from Christ, you who would be justified by the law; you have fallen away from grace.” Galatians 5:4 ESV

“For by works of the law no human being will be justified in his sight, since through the law comes knowledge of sin.” Romans 3:20 ESV

“For by grace you have been saved through faith. And this is not your own doing; it is the gift of God,  not a result of works, so that no one may boast.” Ephesians 2:8-9 ESV

“For we hold that one is justified by faith apart from works of the law.” Romans 3:28 ESV

“I do not nullify the grace of God, for if righteousness were through the law, then Christ died for no purpose.” Galatians 2:21 ESV

Lest there be any confusion on what the “works of the Law” is Paul defines this as righteousness.

“and be found in him, not having a righteousness of my own that comes from the law, but that which comes through faith in Christ, the righteousness from God that depends on faith” Philippians 3:9 ESV

“And to the one who does not work but believes in him who justifies the ungodly, his faith is counted as righteousness” Romans 4:5 ESV

“Do not think that I will accuse you to the Father. There is one who accuses you: Moses, on whom you have set your hope.  For if you believed Moses, you would believe me; for he wrote of me. But if you do not believe his writings, how will you believe my words?” John 5:45-47 ESV

“But the words “it was counted to him” were not written for his sake alone, but for ours also. It will be counted to us who believe in him who raised from the dead Jesus our Lord, who was delivered up for our trespasses and raised for our justification.” Romans 4:23-25 ESV

“And such were some of you. But you were washed, you were sanctified, you were justified in the name of the Lord Jesus Christ and by the Spirit of our God.” 1 Corinthians 6:11-12 ESV

“Therefore, since we have been justified by faith, we have peace with God through our Lord Jesus Christ.” Romans 5:1 ESV

“Behold, his soul is puffed up; it is not upright within him,but the righteous shall live by his faith.” Habakkuk 2:8 ESV

“But to all who did receive him, who believed in his name, he gave the right to become children of God” John 1:12 ESV

“1 Now I would remind you, brothers, of the gospel I preached to you, which you received, in which you stand, ; 2 and by which you are being saved, if you hold fast to the word I preached to you—unless you believed in vain. ; 3 For I delivered to you as of first importance what I also received: that Christ died for our sins in accordance with the Scriptures, ; 4 that he was buried, that he was raised on the third day in accordance with the Scriptures” 1 Cor 15:1-4 ESV

Notice that we are “being saved” by this Gospel that Paul preached.  By this preaching comes Grace to the creation of Faith (Eph 2:8-9)(Rom 10:17).  By this faith comes Justification.

It is this Gospel that the Council of Trent has anathematized, and in doing so have applied the authority Paul declared against the very Gospel he was preaching.  If that glaring inconsistency in and of itself cannot make clear to the world that the Roman Catholic Church does not possess the divine protection from error which they claim corporate ownership of then I do not know what will.

I am a layman who blogs my Biblical studies. Enjoy, please read with an open Bible and do double check with your pastor.
View all posts by ACTheologian →
This entry was posted in Creeds & Councils and tagged Justification, Trent. Bookmark the permalink.