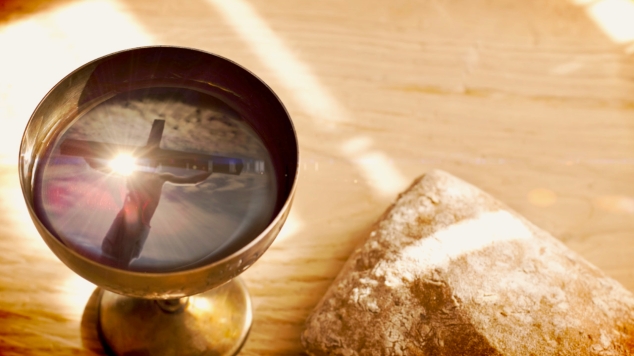 This is the first post in a series on the New Covenant.  For the next one please click HERE.  In this post I am going to present the New Covenant and its relevant impact on SDA Theology.  I am writing this from the perspective of a few years of study after leaving SDA and have tested the hermeneutic you are about to see both in my own studies and in critique received from others.  Please take a look and tell me what you think in the comments.

The primary question I seek to answer is whether or not the Law of the Old Covenant is definitive of or included in the Mosaic Covenant.  Can one stand and the other fall?  This is crucial because SDA and others teach that the Ten Commandments are the Moral Law which stands forever and the rest of the Old Covenant Law is now obsolete.

“9 Nothing was in the ark except the two tablets of stone which Moses put there at Horeb, when the Lord made a covenant with the children of Israel, when they came out of the land of Egypt…. 21 And there I have made a place for the ark, in which is the covenant of the Lord which He made with our fathers, when He brought them out of the land of Egypt.” 1 Kings 8:9, 21 NKJV

“1 Then indeed, even the first covenant had ordinances of divine service and the earthly sanctuary…. 4 which had the golden censer and the ark of the covenant overlaid on all sides with gold, in which were the golden pot that had the manna, Aaron’s rod that budded, and the tablets of the covenant” Heb 9:1,4 NKJV

SDA will say that since the Law of Moses was placed beside the Ark, that means it is separate from the Ten Commandments.  And because it is separate that means it is less important and is the law that was nailed to the cross (Eph 2:14).  Though any SDA being honest will confirm this, don’t take my word for this claim, here is Ellen White in her own words:

“The ceremonial law was thus given to Moses, and by him written in a book. But the law of Ten Commandments spoken from Sinai had been written by God Himself on the tables of stone, and was sacredly preserved in the ark.” – Ellen White, Patriarchs and Prophets, Pg 365

The problem with this reasoning is that it assumes that the words Moses wrote “in a book” wasn’t simply the Pentateuch.  That is to say, the first five books of the Bible.  Secondly, it assumes that anything prescriptive in nature is implied by the descriptive narrative of the ‘book being placed beside the Ark’.

The big problem with accepting the SDA argument is that it means the Ten Commandments are now obsolete and we have to keep what SDA call the Law of Moses!  That’s right, we need to have animal sacrifices and not mix fabrics as well as a few hundred other old covenant laws.  Why is that?  See below!

“7 For if that first covenant had been faultless, then no place would have been sought for a second. 13 In that He says, “A new covenant,” He has made the first obsolete. Now what is becoming obsolete and growing old is ready to vanish away.” Heb 8:7, 13 NKJV

Since this “Law of Moses” wasn’t inside of the Ark then by SDA Logic that means it isn’t obsolete.  So if you’re going to accept the SDA premise then you have to keep the Law of Moses and not the Ten Commandments!

Obviously they are simply mistaken, the whole Torah to include the Ten Commandments are abrogated.  That is the plainest reading.

Notice the disposition of the old covenant in the passage above.  The writer uses the word “obsolete“.  It really doesn’t get any more clear than that.  If you’re going to believe the Bible and accept what it says at face value then you have to accept this.  If the writer didn’t mean to include the ten commandments then he wouldn’t have named them as part of the obsolete covenant four verses later.

I am going to address the SDA understanding of the Law of Moses.  Is it true that this is a sole and separate classification of the Law that stands separate from the Ten Commandments in the Torah (Old Covenant)?  Rather than accepting the assertion at face value let us test this by reading other passages of scripture.

Just just to be clear, SDA teach that the Ten Commandments are the Moral Law and the  rest of the Old Covenant Laws are the Ceremonial “Law of Moses”.  Let’s see if this definition works in scripture.

That isn’t the Ten Commandments but it is called the Law of the Lord.

So above we see that one of the Ten Commandments is referred to as part of the laws of Moses.  This is actually very common and can be found in many different passages:

The point is that the Bible does not make the same distinction that SDA do.  I would argue that their distinction is anachronistic to the text because the writers of the Bible consistently refer to the Torah as a whole.  Whether they refer to it as the Law of the Lord, the Law and the Prophets, or the Law of Moses, they interchange each title without regards to if it was part of the Ten Commandments or not.

Because of this I see the Old Covenant Ten Commandments as a cover sheet for the rest of the Torah.  You have the broad commandment at the front and the narrow one in the body of the text.

In the book of Jeremiah we find an interesting passage where it is foretold that:

A new covenant would be made

That the old covenant was broken

31 “Behold, the days are coming, says the Lord, when I will make a new covenant with the house of Israel and with the house of Judah— 32 not according to the covenant that I made with their fathers in the day that I took them by the hand to lead them out of the land of Egypt, My covenant which they broke, though I was a husband to them, says the Lord. 33 But this is the covenant that I will make with the house of Israel after those days, says the Lord: I will put My law in their minds, and write it on their hearts; and I will be their God, and they shall be My people. 34 No more shall every man teach his neighbor, and every man his brother, saying, ‘Know the Lord,’ for they all shall know Me, from the least of them to the greatest of them, says the Lord. For I will forgive their iniquity, and their sin I will remember no more.” Jer 31:31-34 NKJV

Notice the words “not according to” in the above passage.  There are some SDA I have spoken with that will say that the law written on our hearts is the ten commandments.  But this isn’t stated in the text at all.

Besides that, why would we assume that “not according to” means “same as“?  They are opposing statements not unifying ones.  We should be expecting a very different Covenant.

Which is what Jesus insituted

“20 Likewise He also took the cup after supper, saying, “This cup is the new covenant in My blood, which is shed for you.” Luke 22:20 NKJV

Compare this passage in Jeremiah and Luke with Hebrews 8&9 above and it is clear that each is speaking of the same Covenant.  This is the covenant that Christ instituted at the Lord’s Supper.  This covenant makes obsolete that which came before it.  The old of which was inextricably tied to the law.  You cannot have your cake and eat it too.

You accept the new and leave the old in the dust or you cling to the old and reject Christ.

The hermeneutic demonstrated above is key to understanding the New Covenant and its implications.  This was important for me because I had believed all Christians were insane for ignoring the Sabbath commandment.  I didn’t realize the implications of the New Covenant on first century Christianity and the following generations.  It is  a shame we don’t see more discussion on this today.

I know that if this is the first time you have read my blog you have some big questions.  You are probably scratching your head ready to ask one or all of the following:

That is just scratching the surface as to the questions this “New Covenant” Jesus instituted hit me with when I first found it.  Those questions and more are covered in the next series of posts on the New Covenant.  This one is critical for understanding the foundation of what follows though.  Please keep reading each post in the series as each one builds on those that came prior.

God Bless and good luck with your studies.

15 Responses to Old vs New Covenant