Posted on December 1, 2015 by ACTheologian 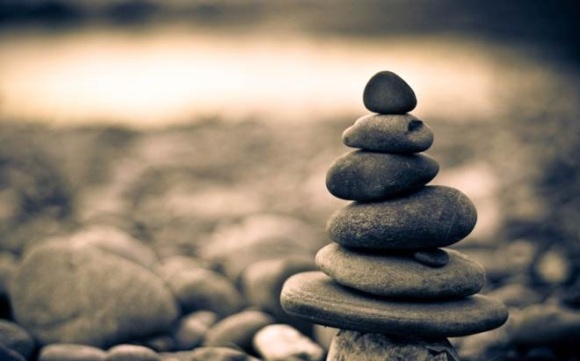 In this post I am going to present one of the major reasons I reject the premise of the Roman Catholic claim to modern apostolic authority embodied in the office of the Papacy.

I am going to present the argument that I believe undermines the entire foundation of their teaching while playing by their rules.  That’s right, I’m not going to stand on scripture for this one as that would be too easy.  Instead I am going to show how their claims don’t even pass the test of history.

This was the first Vatican council ever and was convoked by Pope Pius IX from 1868-1869.  As with all the others many teachings and anathema’s came out of this council.  Specific to this post though Matt 16 was discussed.  Below is a quote from the council, though I am pasting the surrounding material for context, I am going to focus on #4.

Notice that they say “as it has always been understood“.  The problem they have is that throughout Church history the interpretation of Matt 16 has always varied.  Furthermore, if I can prove historically that there has been a variance in the interpretation of Matt 16 in Church history that would prove that the Church council is not infallible.  Let’s take a quick peek at the passage before continuing.

“15 He saith unto them, But whom say ye that I am? 16 And Simon Peter answered and said, Thou art the Christ, the Son of the living God.

17 And Jesus answered and said unto him, Blessed art thou, Simon Bar–jona: for flesh and blood hath not revealed it unto thee, but my Father which is in heaven. 18 And I say also unto thee, That thou art Peter, and upon this rock I will build my church; and the gates of hell shall not prevail against it.” Matt 16:15-18 KJV

The question here is what is the referent of this “rock”.  To that scholars across Church history do not agree.  Some say the rock is Peter, some say it is the confession of faith that Peter renders, some say the rock is Christ.  I believe that the rock is faith, but that is not material to my argument in this post.  What is critical, is that if I can prove that Matt 16 has not ALWAYS been understood as Peter being the rock then that would mean that Church Council can fail, and that Roman Catholics are incorrect in placing their faith in such.

“In a passage in this book, I said about the Apostle Peter: ‘On him as on a rock the Church was built.’ . . . But I know that very frequently at a later time, I so explained what the Lord said: ‘Thou art Peter, and upon this rock I will build my Church,’ that it be understood as built upon Him whom Peter confessed saying: ‘Thou art the Christ, the Son of the living God,’ and so Peter, called after this rock, represented the person of the Church which is built upon this rock, and has received ‘the keys of the kingdom of heaven.’ For, ‘Thou art Peter’ and not ‘Thou art the rock’ was said to him. But ‘the rock was Christ,’ in confessing whom, as also the whole Church confesses, Simon was called Peter. But let the reader decide which of these two opinions is the more probable.” St. Augustine 354-430 (The Retractions, 1:20:1)

Clearly St. Augustine not only believes that the rock is confession of faith, but he also says the text is open to interpretation.  If it were true that the rock was Peter, and that he has been passing his Papal power down to each generation Augustine would have known this.  He lived in a time when the first generation of Church history was within the reach of ancestral memory.  Such matters would not have been mysterious to one in his position.  Instead of agreeing with Vatican I he leaves the door open.

“The Lord speaks to Peter, saying, ‘I say unto thee, that thou art Peter; and upon this rock I will build my Church, and the gates of hell shall not prevail against it. And I will give unto thee the keys of the kingdom of heaven; and whatsoever thou shalt bind on earth shall be bound also in heaven, and whatsoever thou shalt loose on earth shall be loosed in heaven.’ And again to the same He says, after His resurrection, ‘Feed my sheep.’ And although to all the apostles, after His resurrection, He gives an equal power, and says, ‘As the Father hath sent me, even so send I you: Receive ye the Holy Ghost: Whose soever sins ye remit, they shall be remitted unto him; and whose soever sins ye retain, they shall be retained;’ yet, that He might set forth unity, He arranged by His authority the origin of that unity, as beginning from one. Assuredly the rest of the apostles were also the same as was Peter, endowed with a like partnership both of honour and power; but the beginning proceeds from unity.” Cyprian 200?-258 (On the Unity of the Church, 4)

I obtained the above quotes from CARM, you can find the specific article HERE.  There you will also find more patristic quotations separated by their varied interpretations of Matt 16.

To be fair some Church fathers do attribute a special place for Peter among the apostles.  Some even interpret Peter as being the Rock of Matt 16:18.  The problem for Rome is that there is not unity on this in church history.  Their claim in Vatican I was that their interpretation of Matt 16 has ALWAYS been held by the Church.

So devoid of Church council as an infallible authority what remains?  And to that I say the Word of God.  To place anything above the Word, even in an interpretive sense, would be to on some level assert that God lied to us.  I reject such a notion even without examining the claims of Rome on their own merits.  That being said, I think it is important we do our homework.

I am a layman who blogs my Biblical studies. Enjoy, please read with an open Bible and do double check with your pastor.
View all posts by ACTheologian →
This entry was posted in Armchair Lounge, Christianity 101, Creeds & Councils, Heresy & Heterodoxy and tagged Heresy & Heterodoxy. Bookmark the permalink.